One of our FLEAT members, Blessing Shambare, participated in the 5 million tree planting walk. The walk took them from Bulawayo to Plumtree and into Botswana. The Ambassador of Botswana also joined the walk which was a 100km walk done when the COP 21 was in session from the 2-4 of December. 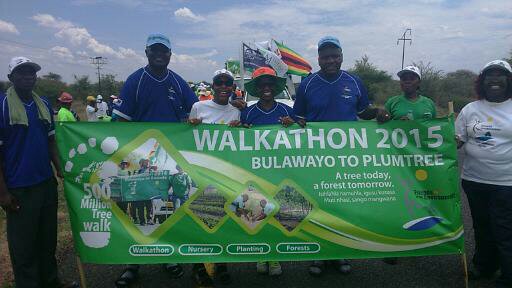 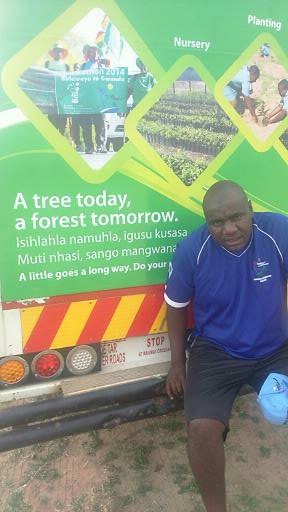 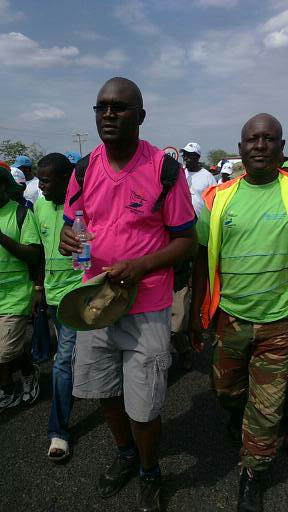 Twitter
On: December 2, 2014 By: Sarah Posted in Climate talks, Multi-faith, Tips and Ideas
0

SAFCEI Regional Coordinator Lydia Mogano sends us some quick impressions directly from Lima where she is attending the COP20 climate talks. 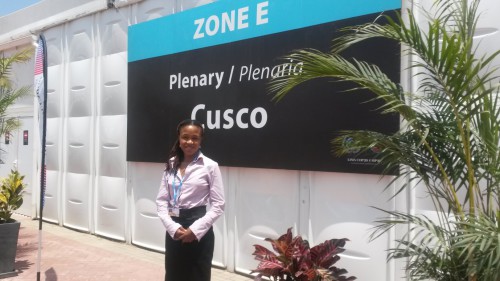 At the opening of the international climate talks (COP20) in Lima, a new COP president from Peru took office. He highlighted that COP 20 was a space for dialogue, innovation and commitment to action.  It is space to foster alliances for climate, development and action. Civil society’s participation is a high priority and will have the voice of the people heard. “Youth and women rights will not be put last but at the beginning of this session” said the new COP President. This is a COP for transformation and an opportunity to make climate history. Yet again, the green candle received from the interfaith group was clearly acknowledged to guide the process and illuminate the solutions and decisions! 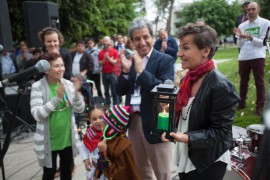 All speakers, including the Mayor of Lima, said all the right things one would expect to hear at a conference opening. The Chair of the Subsidiary Body for Scientific and Technological Advice (SBSTA) of the UNFCC, shared the scientific facts, reflecting on key messages from the latest Climate Change Assessment Report (AR5). A strong emphasis was placed on the fact that the human influence on climate change is now clear! Furthermore, temperatures continues to rise. What is new in the report is that the oceans absorbed most of the heat. There is a rise in sea level from 0.2 to 0.5% and an increase in GHG emissions by 2.2% per year. He warned that the longer we delayed action, the more expensive and difficult it will be to resolve the climate crisis! The window for climate action really is rapidly closing (65% of the carbon budget is used up). He then called for an ethical, equitable and implementable agreement. “The choice is ours,” he said. I hope to see all those beautiful words translate into action at the actual negotiations! There will be a Lima climate action day on the 11th December 2014. 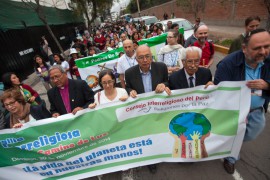 The climate fast stunt (where participants sat at a table with empty plates) successfully drew media attention. Participants shared with bystanders why they are fasting and this was followed by a press conference. There are a few climate change deniers here in Lima who try  to cover this event as a purely social one. They insist that climate change is not real. Moreover, although science is clear about the human impact on the climate, many people find it hard to relate to the scientific evidence and reality of our current circumstances. In response I shared a tweet on Twitter about connecting the reality on the ground with science. I want people to taste and experience climate variability and imagine how unpleasant life will become on Earth if temperatures continue to rise. I saw a few people and organizations retweeting my messages which was really encouraging!